Kindergarten is an introduction to spelling for students. They begin to learn to identify words and read as well as write. The more practice your child has spelling, the better they will be able to read and write, giving them a head start on their education.

At LoonyLearn, we want students to get excited about spelling through gaming. Students engage in learning through our fun spelling games made for young learners. Your child will use magic and feed dinosaurs to spell two-letter to four-letter words. As your child plays their confidence grows and so does their spelling ability.

Our Spelling Words for Kindergarten

We created our kindergarten spelling lists based on the frequent words students encounter. We limit each list to ten words or fewer so as not to overwhelm students. Students focus on a limited number of similar words, so they quickly learn the words.

Each of the games below can be played with any of our LoonyLearn spelling lists and lists you create yourself. Just select the list you want to learn then choose the game you want to play. Below are an example of our kindergarten spelling word lists. 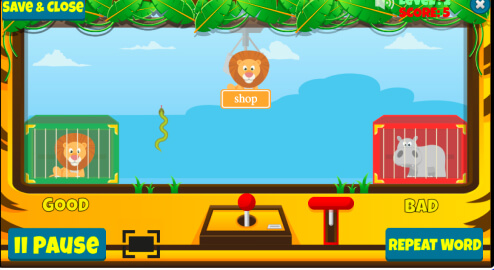 Oh no! The spell-animals are out of their cages! Help the zoo keeper dorp the good and bad spell-animals back to their correct cages.

In this game, the player is given a word and must decide if the word is correctly or incorrectly spelled. The player then places the word into the “good” or “bad” cages. 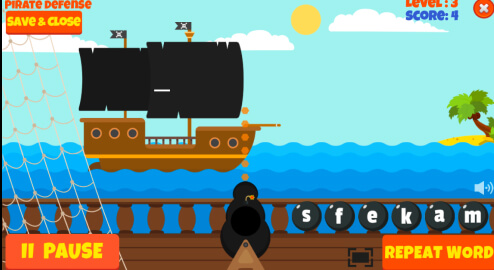 Watch out! The mean pirates are getting close to shore. Help destroy their ship before it’s too late. 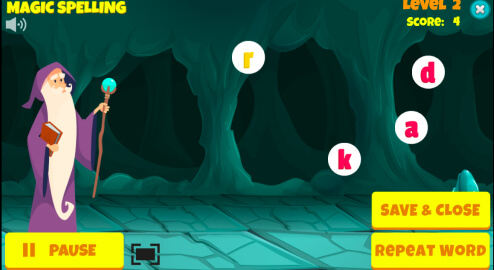 In this game, the player must use the wand to capture the letters in the correct order. Spell the entire word correctly to move to the next level. 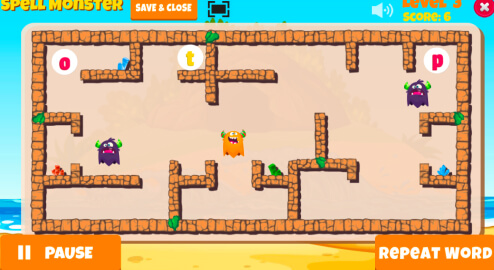 In this game, the player navigates the maze to collect letters to spell the word. The player must avoid the purple monsters and the walls to grab the letters. 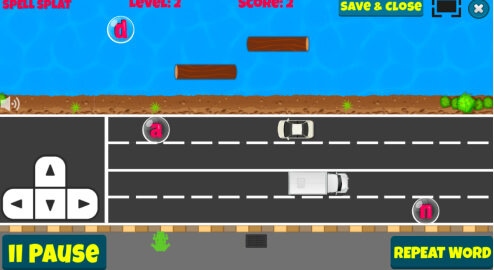 Help Freddy the Frog move around the busy road and river to collect letters in the correct order to spell the spelling word. Watch out for the cars and water!

In this game, the player uses the arrows to guide the frogs across the street to collect letters. The player must avoid the cars to spell the words. 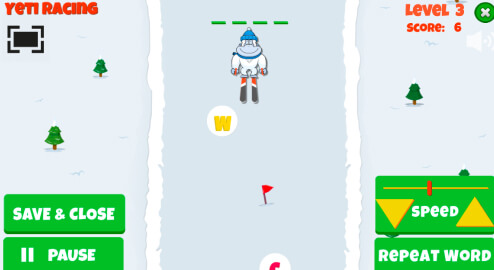 Yolo the Yeti loves the snow but he can’t spell words! Help Yolo collect all the letters to spell the spelling word.

In this game, the player moves the yeti across the screen using the control arrows to collect the letters. The player must avoid to flags and the snow mounds to spell the word. 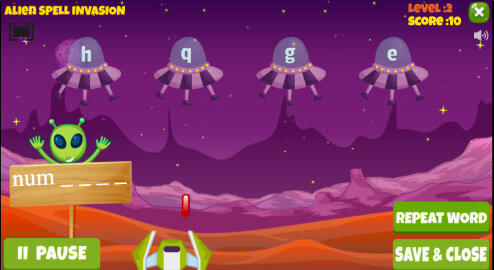 Oh no! The aliens are attacking! Shoot down the correct letter and all the alien pods will explode.

In this game, the player moves the defender ship with the control arrows to shoot the correct letter. The player must spell the word letter-by-letter. Make sure to avoid the lasers from the alien invaders! 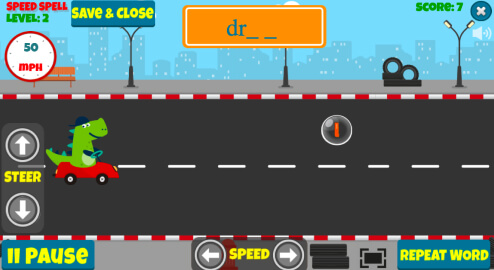 Help Speedy the dinosaur move around the race track to collect letters in the correct order to spell the spelling word. Watch out for the bad letters! 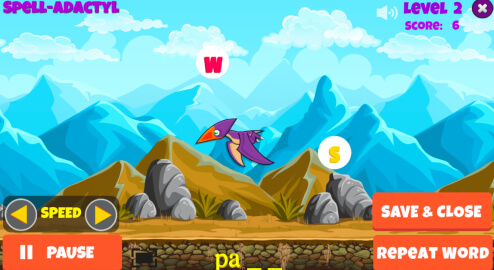 The #1 curriculum-aligned guided math and spelling app for parents and teachers who want to inspire learning, improve scores and see results. Try it free for 14 days!
Try for free! Watch video! 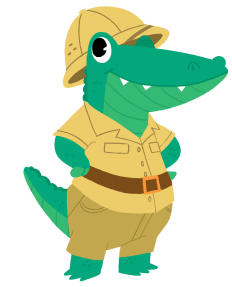 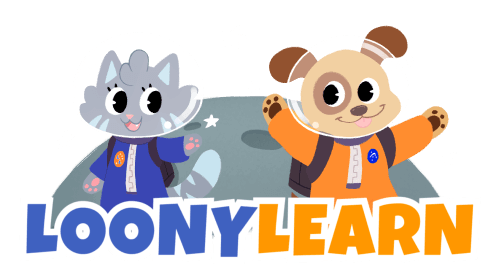